As you’ll see below, I’ve written a letter to Greenpeace because I didn’t agree with their approach towards BP. I see this quite a bit at the moment where people concerned about the environment target companies that are significantly involved in oil and gas as the culprits who can be blamed. In particular, this attack of Greenpeace versus BP seems particularly vicious (see some example links at the bottom of this page).

However, as you’ll know from my intentions behind “Use 1o Percent Less”, the first point of blame should be directly with us consumers who are using exponentially more energy each year. It is our greed and disregard for the Earth’s resources that we need to tame, and the rest will follow.

See the letter I sent below (click on the images or read the full transcript further down); 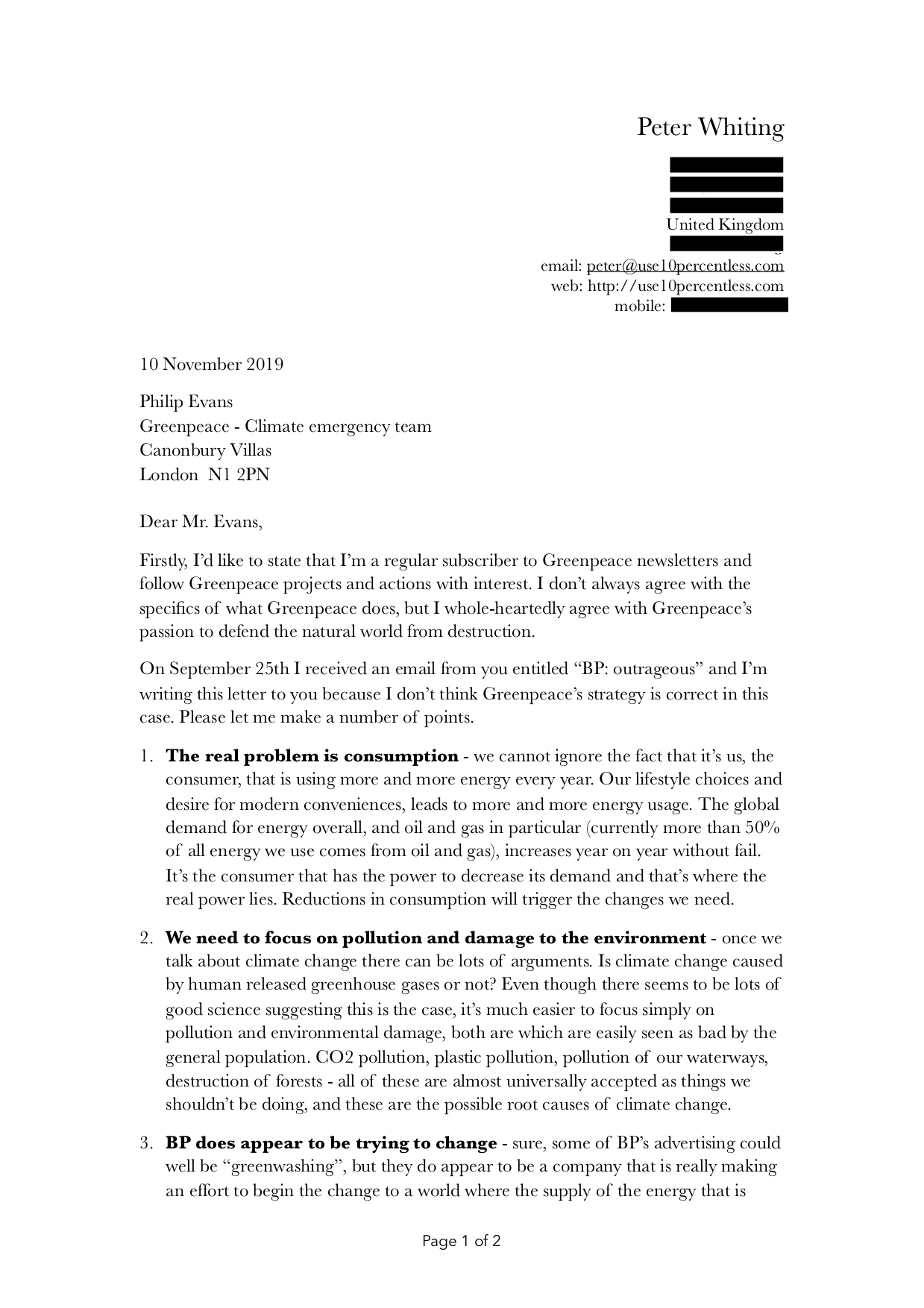 Firstly, I’d like to state that I’m a regular subscriber to Greenpeace newsletters and follow Greenpeace projects and actions with interest. I don’t always agree with the specifics of what Greenpeace does, but I whole-heartedly agree with Greenpeace’s passion to defend the natural world from destruction.

On September 25th I received an email from you entitled “BP: outrageous” and I’m writing this letter to you because I don’t think Greenpeace’s strategy is correct in this case. Please let me make a number of points.

If Greenpeace wants to hassle oil and gas companies, it would be best to keep an eye on the pollution they create as a company and the environmental destruction they may cause around the world, as they go about their activities. Otherwise, let’s focus on the consumer where real change needs to happen.

I’d like hear what you think? Am I on the right track here? Please leave a comment below if you have the time.

Here are a couple of links that show the severity of Greenpeace’s actions against BP;